MiSTer is an open project that aims to recreate various classic computers, game consoles and arcade machines, using modern hardware. It allows software and game images to run as they would on original hardware, using modern peripherals such as mice, keyboards, joysticks and other game controllers.

MiSTer utilizes a readily available FPGA board called the “Terasic DE10-Nano” which can be bought from pretty much all major electronic component resellers. It connects to your TV or monitor via HDMI video out. It can additionally be expanded with various add-ons such as a USB hub, SDRAM, audio and VGA out.

The MiSTer software/OS itself is freely downloadable, and being open-source, anyone is welcome to contribute to its development. In fact MiSTer relies on the contributions of many developers for the various systems it replicates, named “Cores”. These “Cores” can be downloaded for free at MiSTer’s Github page.

The MiSTer project is currently under active development, with new cores, features, and bug-fixes appearing on a regular basis. It is an amazing project and probably the future of classic retro hardware simulation, but it’s not a turn-key solution. In order to enjoy MiSTer, you’ll need to tweak a lot in order to make it work as intended, but nothing you can’t do by checking a couple of tutorials you can find online.

Another downside is the inability to run original games in cartridges or CD-ROMs. MiSTer as it is today, can’t run any original gaming media, even if you can produce an adapter for it, such as a cartridge slot or a CD-ROM reader, developers have made clear that the system as it is now, is just unable to have any of those running with attachments to the MiSTer.

This is a let down for purists and collectors that want to enjoy their original library on a modern version of their original system, like you can on an Analogue console, on modern HD TVs with modern controllers.

Instead, MiSTer only uses, at the time being, ROMs and CD-ROM ISOs saved on a microSD card. If you just want to play the games, this should satisfy you, and not using original media, seem to not be a deal breaker for most enthusiasts so far.

The greatest advantage of MiSTer over probably any other FPGA system available right now, is its community. There are a huge number of coders creating cores for MiSTer, and new features are being added constantly to the cores that already exist. The progress of MiSTer over the past couple years alone made it become a much more viable option that the Raspberry Pi, for example, even though both have completely different propositions, and price points for that matter.

The second greatest advantage MiSTer has is it’s availability. You can buy parts and build your setup from several different retailers, and those parts are almost always available. Everything you need to build one of these units is available to you anytime you want to start on it, while other crowdfunded or limited ran projects always will put a pressure on you to buy at a certain time, and they are only available in limited quantities, so it become really frustrating when you can’t secure one of those systems on time, while the MiSTer is always available.

What might discourage a number of people is the entry price for one of these units. While you can get a DE10-Nano board for about $135 almost everywhere, you’ll need other parts to really make it the MiSTer, and a complete system can run at about $450 with all the most common options. For many this is a too high of a cost to try something new. You can get a PS5 or XBOX Series X/S for about the same price or less, and although we are comparing apples to oranges here, a $450 cost might be prohibitive to some folks these days.

To put together a MiSTer, you’ll need some components. Here’s what’s required to have a setup that can run you everything: 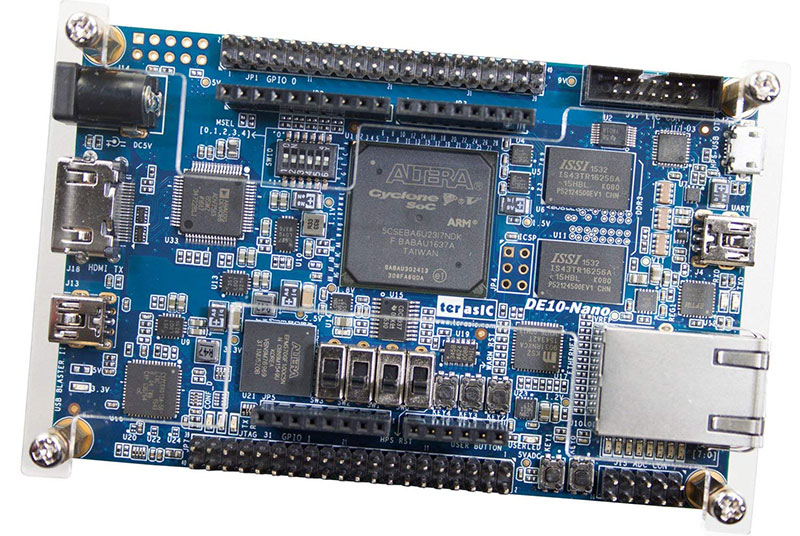 Like mentioned above, this is the heart and soul of the MiSTer. The Terasic DE10-Nano board comes with a USB power supply port, and ethernet port, high-speed DDR3 memory, HDMI port, two 40-pin GPIO extension headers, microSD card reader and a lot more (check the specs below). This basic board would already allow you to run software, but you’ll need some extra items to have at least a basic setup running.

Bigger and more complex computer and game systems will need more memory to run, and that’s when an extra SDRAM daughter board will come handy. Daughter boards are most commonly offered in 32GB and 128GB capacities. They can also have different form factors and sizes. Pick the one that fits better your case, if you have any. 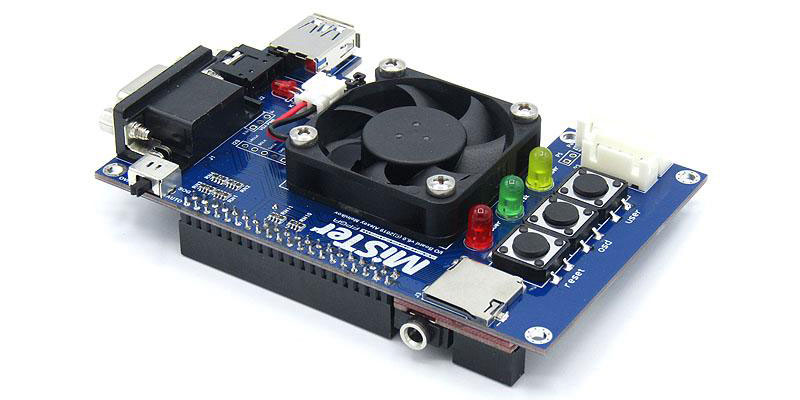 Although not a fundamental addition, an I/O board will add plenty of functionality to your MiSTer setup, such as an additional microSD slot (required by some cores), a VGA connector that will allow you to plug the MiSTer to older monitors, even CRT ones; a 3.5mm audio jack; 3 buttons with status led lights, a cooling fan and a few more expansion connectors. 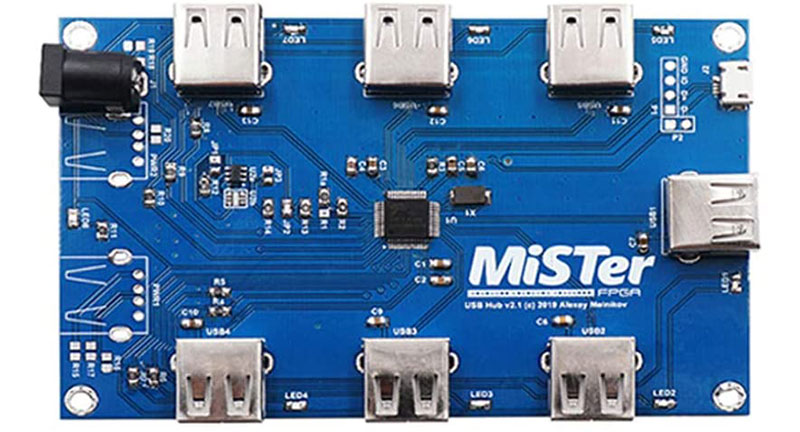 A USB hub will allow you to have some really handy extra USB ports, to connect your keyboard, mouse and controllers.

In any of these FPGA systems, you’ll obviously need a monitor, HDMI cable, microSD card (any size), a keyboard and, if you want to use a computer core that needs a mouse, a mouse. Another welcome addition is a case. There are many suppliers that make some spectacular 3D printed cases that allow you to customize

The following hardware is provided on the board: